The sinking of the Hilda 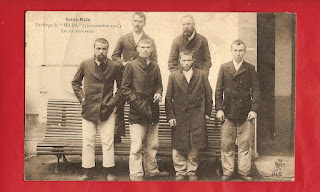 The night of the 18th November 1905 was a night of snow and storms.  Conditions were so bad that the men on the Grand Jardin lighthouse didn't see or hear that the steamer, Hilda was in distress close by.  They didn't even hear when her engines exploded.

125 men died in the icy waters, they were aged between 12 and 45. There were 6 survivors.  One crewman; Mr Grinter (Greender?) and 5 Johnny Onions.  Young men from Brittany who had crossed to England in July to sell their onions door-to-door and were now returning home.  Their names were Paul-Marie Pen(n), Tanguy Laot, Olivier Caroff, Louis Rozec and Louis Mouster.
Posted by Anji at 9:32 PM 6 comments: Links to this post 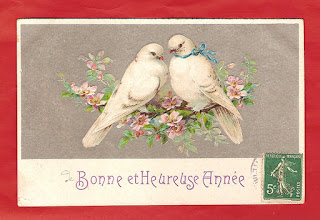 I hope that you have a Happy Christmas  and New Year.

The Blessing of the Pigs 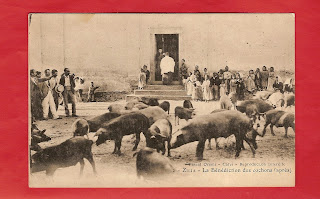 I thought that this was a fitting follow up to a post about a dog in a Nativity scene.  The title is 'The Blessing of the Pigs (after)'.  'After' is in case you wondered why the priest was heading in the other direction. On Corsica apparently, different villages bless different animals.  Zilia is the village where the pigs are blessed.
Posted by Anji at 2:26 PM 2 comments: Links to this post 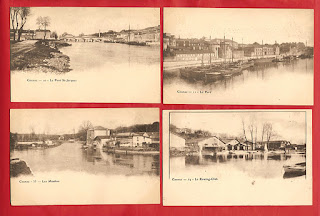 Four postcards sent in October 1901.  Kept carefully in an album and are still together, in good condition today.
Posted by Anji at 3:25 PM 2 comments: Links to this post