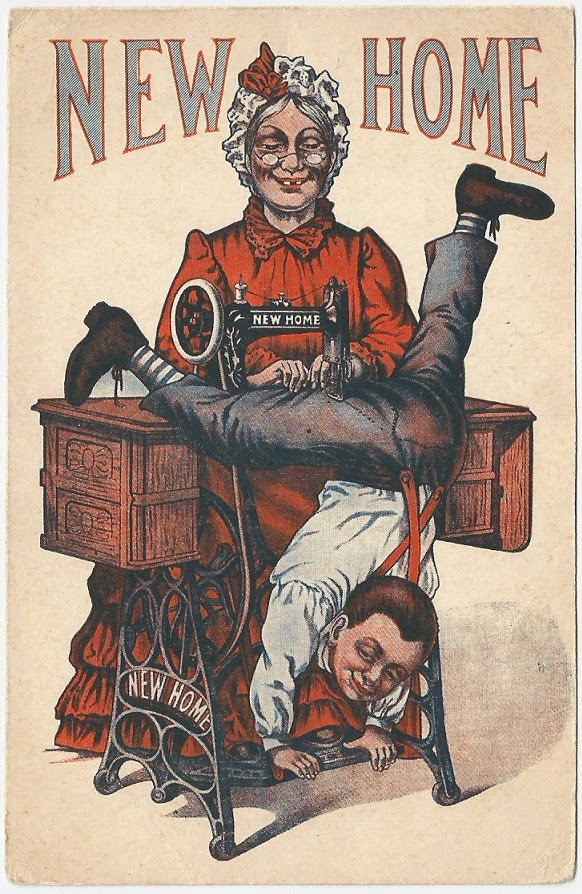 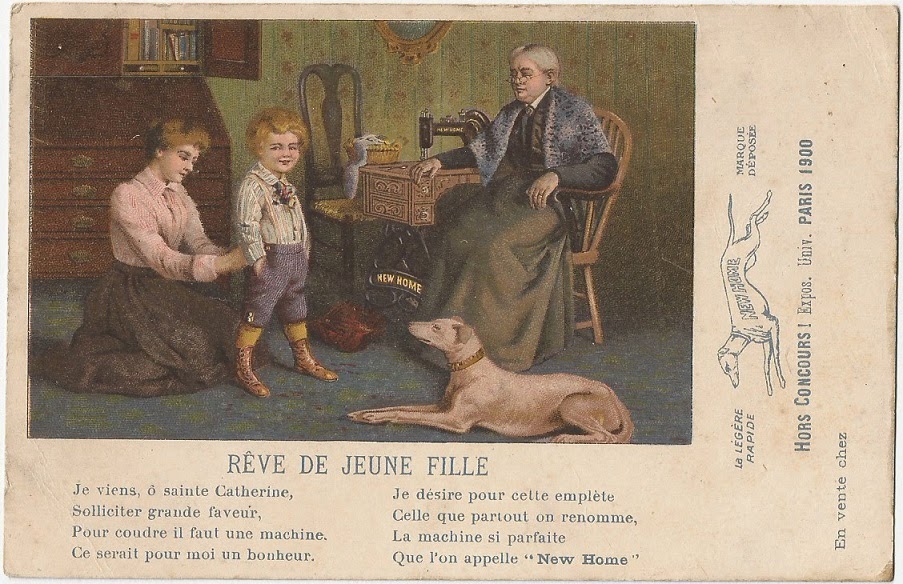 
The New Home sewing machine was from America, but these postcards are both French. Here is the history of the company with lovely old illustrations, I imagine that some of them were postcards too..
Posted by Anji at 12:30 PM 2 comments: 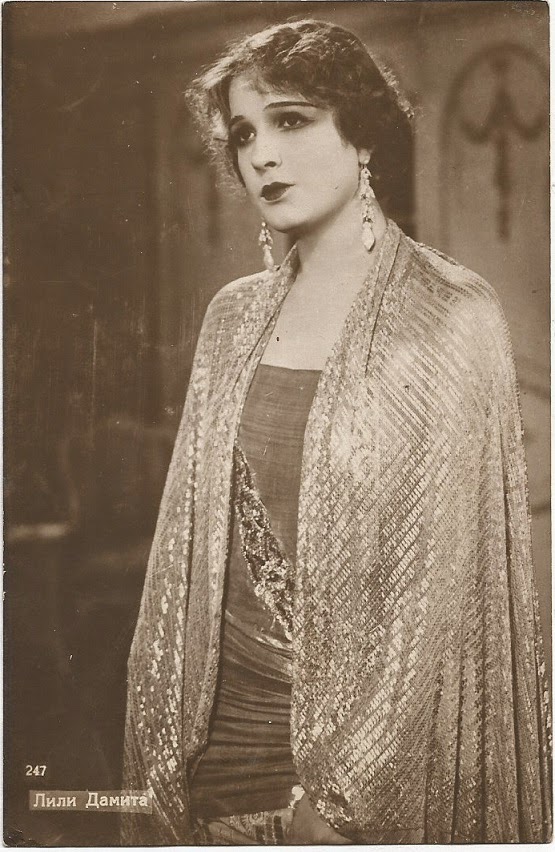 At first I assumed that this was a postcard of a Russian Actress. I sent a scan off to J-M, my son-in-law, for a translation. Not at all a Russian actress, she was born in France in 1904!

After winning a beauty contest and appearing in several European films, she was invited to Hollywood by Samuel Goldwyn in 1928. She married an unknown actor who later became very well known, Errol Flyn. They divorced in 1942.